As I mentioned yesterday, it’s been a big week ’round these parts: ten years of blogging, plus I finally submitted the first draft of Wisteria!

Now that I’m temporarily done with the book–at least, until my editor gets back with changes–I’m slowly wading through the backlog of posts, freelance articles, emails, and pitches that I’ve been neglecting for the past eight months. Babies are kind of a drain on your time. Who knew?

Since Aurelia arrived, we’ve basically been a one-income family. And as much as I want to get back to blogging 24/7, neither time nor finances nor Bunny will permit. (Strangely, Aurelia isn’t content to sit quietly in the same spot for hours on end while Mommy works. Go figure.)

Back when I was doing that sort of thing, however, the good folks at super-hotspot Esterel restaurant in the Sofitel Hotel kindly hosted my baby shower. So, even though I won’t be doing new sponsored posts, I should have included a few qualifying “except for taking care of old business” asterisks. 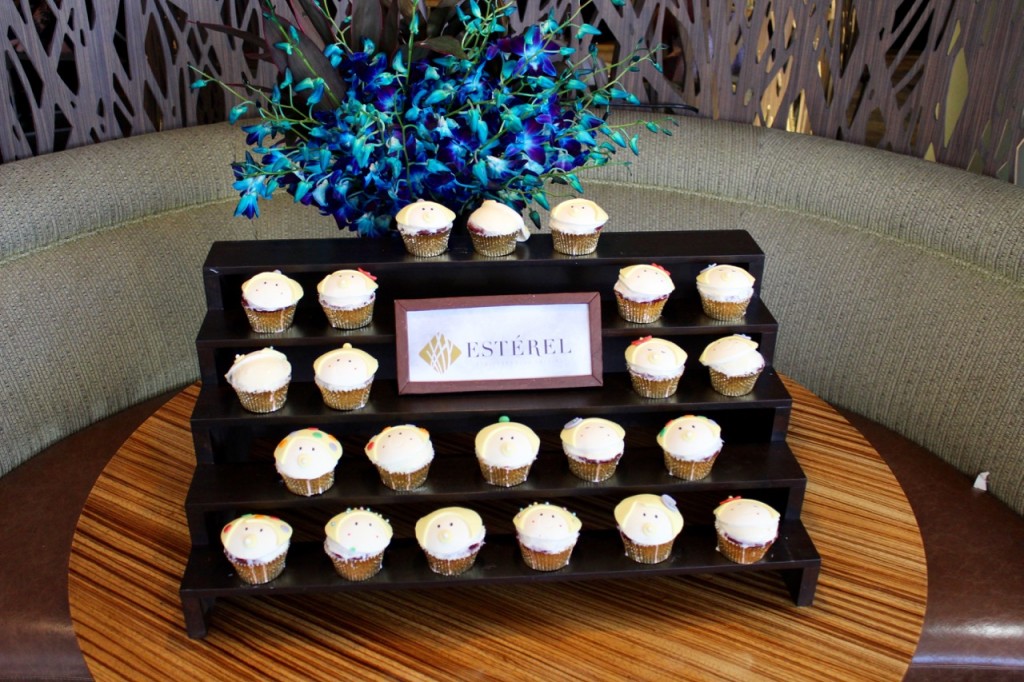 Time was, I’d probably slide that info waaaay at the bottom of my post, but I’d like to think you and I have moved past that. Total transparency and full disclosure for the win!

Sooo, now that we have that out of the way… 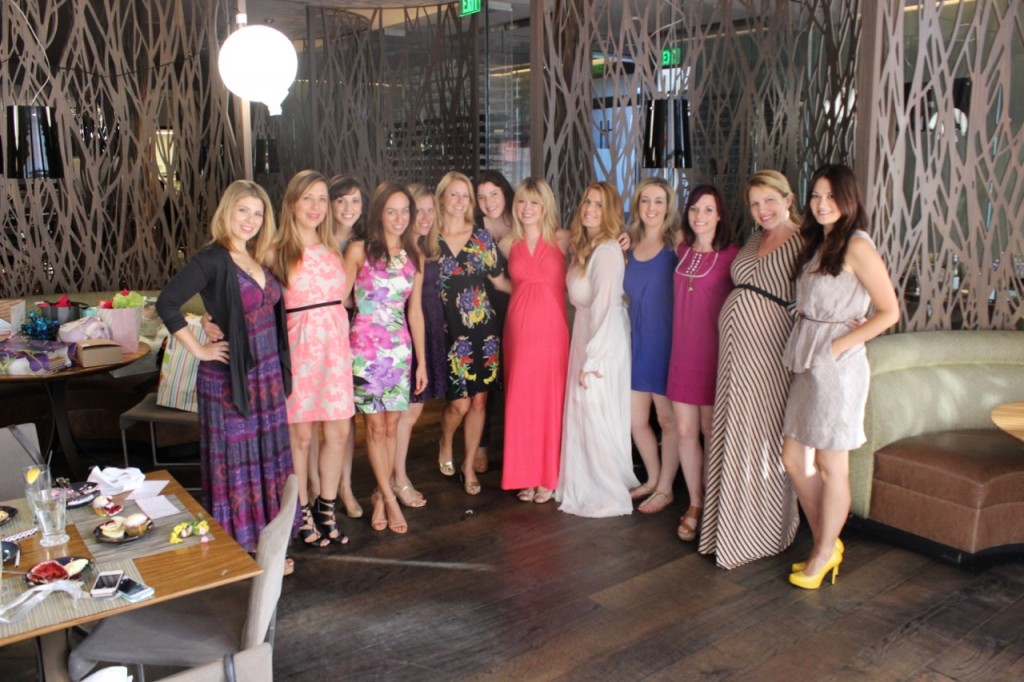 I was 7 months pregnant last August when two of my best friends, Jamie Stone and Jamie C.P., co-hosted the shower at Esterel. My one request: no silly baby shower games. (I don’t know what baby shower games I was so afraid of, but apparently they struck fear into my heart.) Jamie and Jamie cooperated, and as a result, the shower was a lovely, low-key affair with a lot of heart. 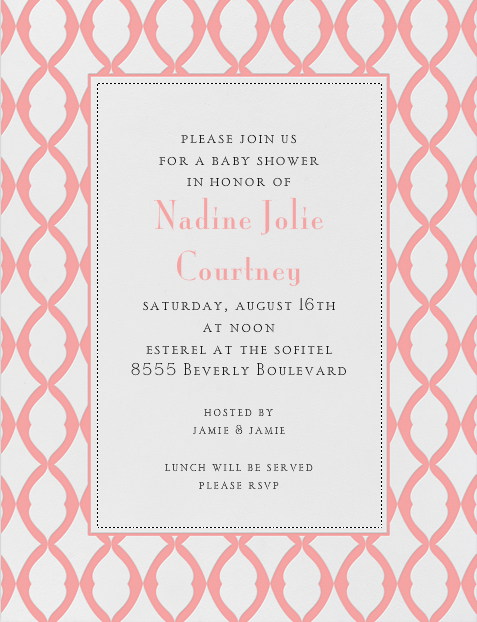 We were still keeping my pregnancy secret for the show, so a lot of the Fit For Public Consumption photos that my friends posted on Facebook and Instagram were billed as pictures celebrating my birthday. We filmed the shower for the show, too (where we made the big baby name announcement) which is why Erik was there. 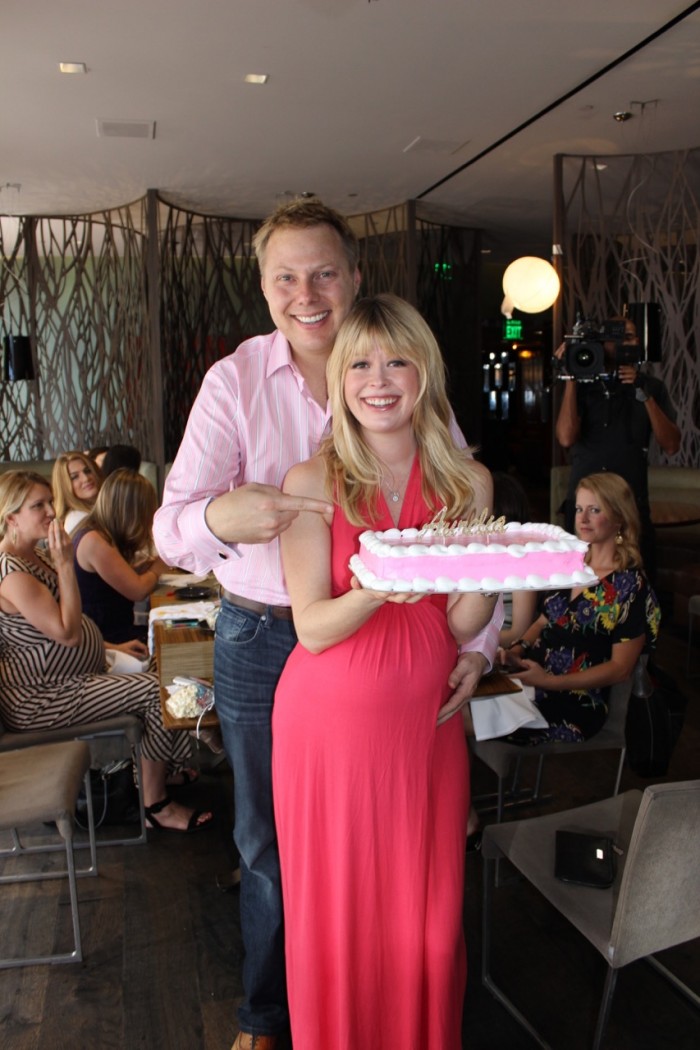 Two of my best friends were also simultaneously pregnant, which is kind of awesome because we now have babies only a couple of months apart. 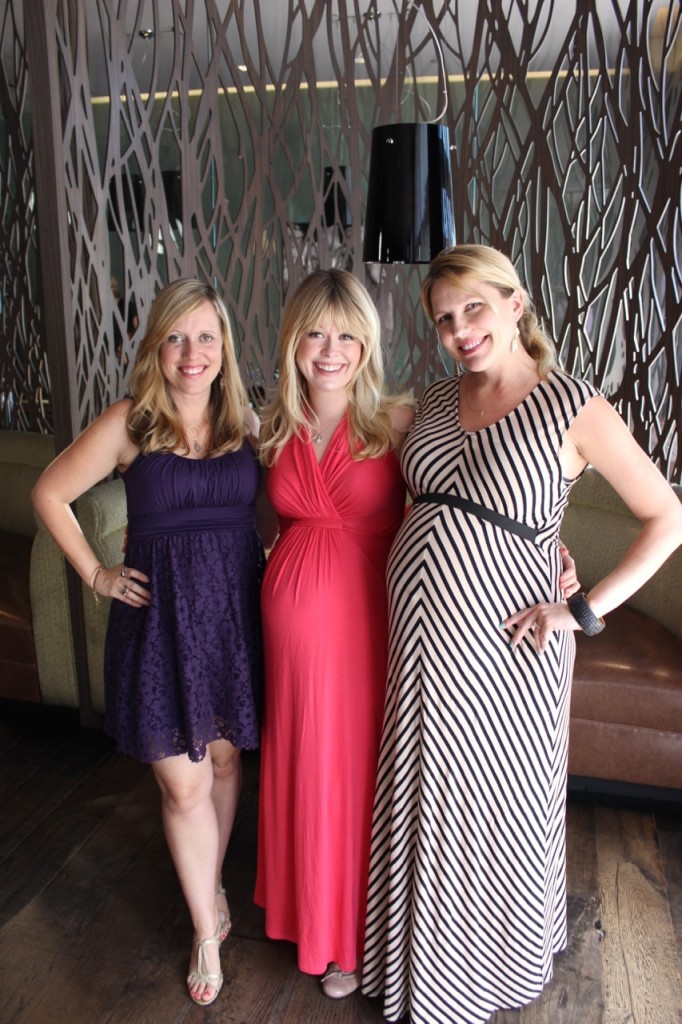 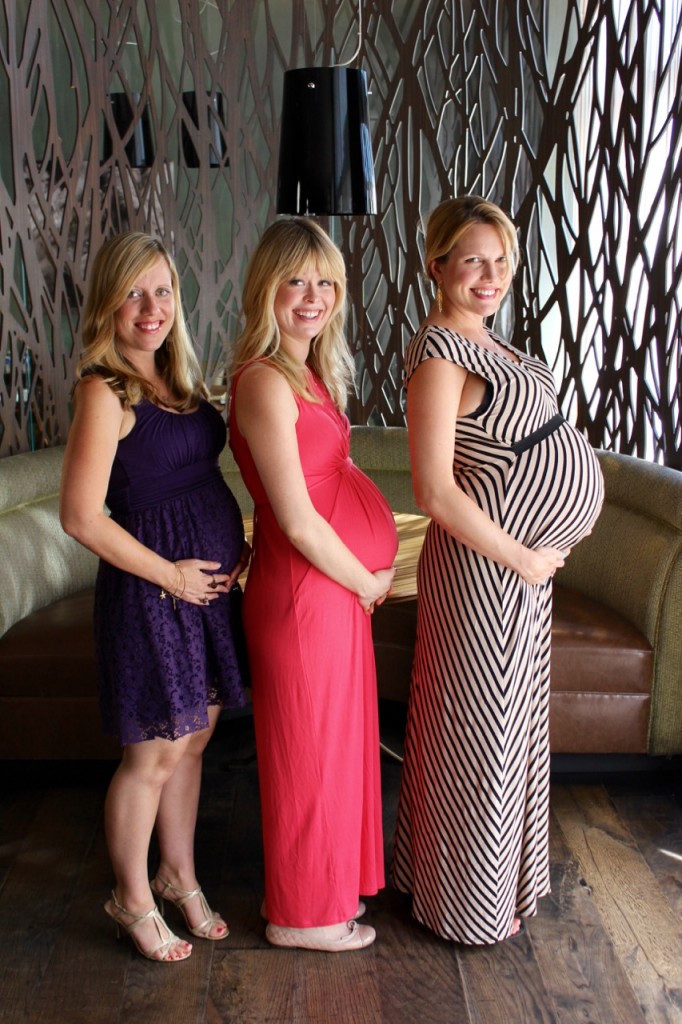 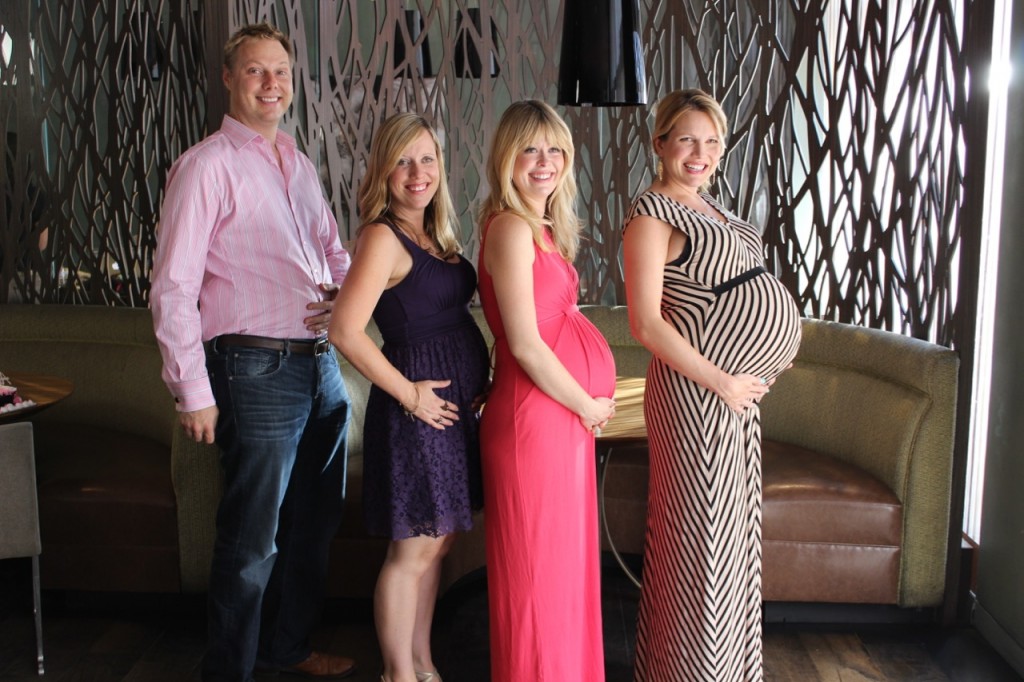 Eagle-eyed viewers will remember them as two of the friends I had coffee with right before I got pregnant. Now, we all have babies! 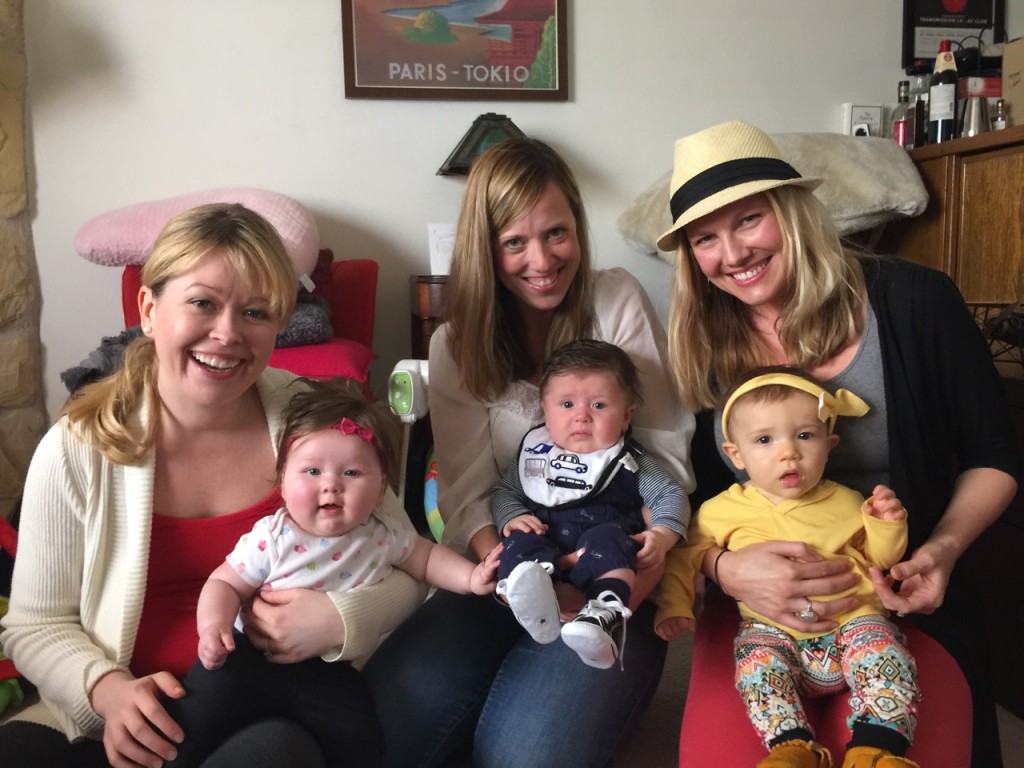 Esterel gave us the entire private back room (there’s also a gorgeous new outdoor garden), where we had a special menu that included yummy open-faced tartine sandwiches and mouthwatering tomato soup.There were also bottomless Mimosas, and I hear they were delicious (grumble, grumble). I did get to partake in the cupcakes with cute little fondant faces, and two of my personal addictions: popcorn and Sour Patch Kids. 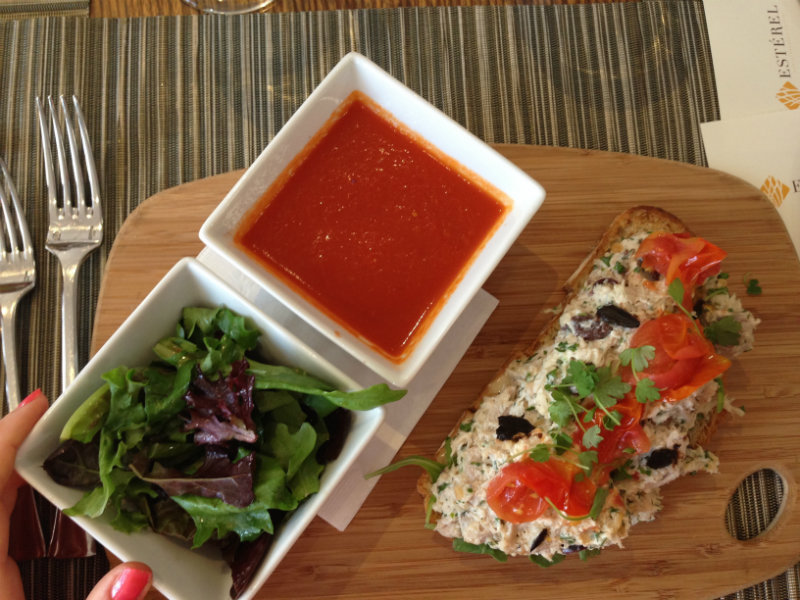 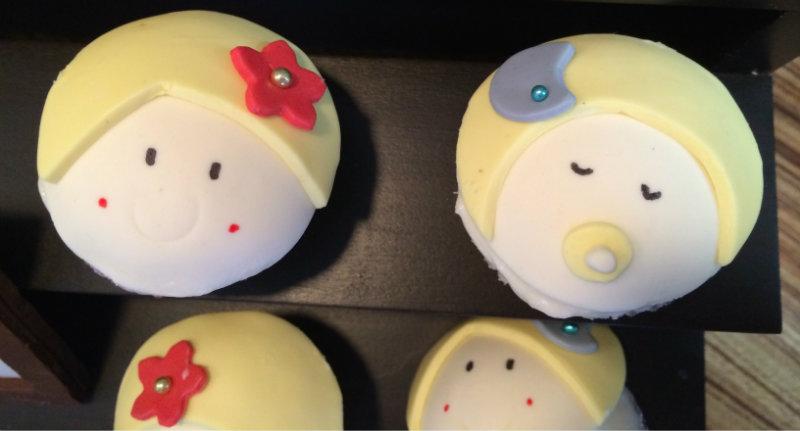 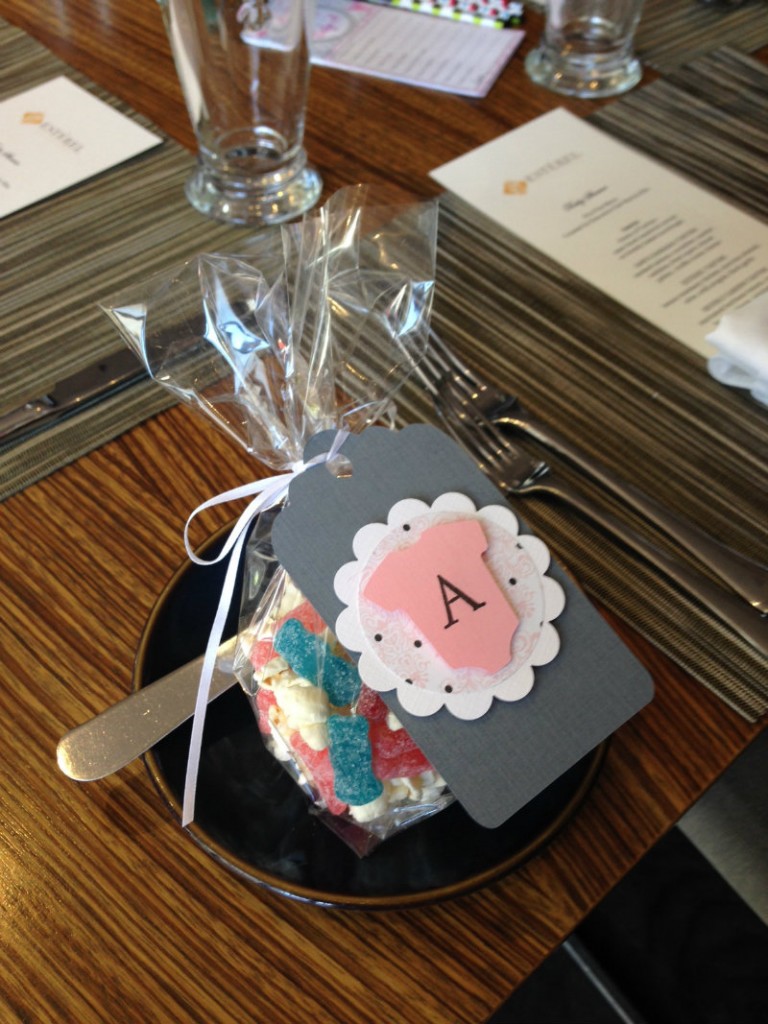 And, yes, that is a photo of Prince William and Kate Middleton with my face superimposed on Kate’s. Not creepy at all. Thank you for noticing. 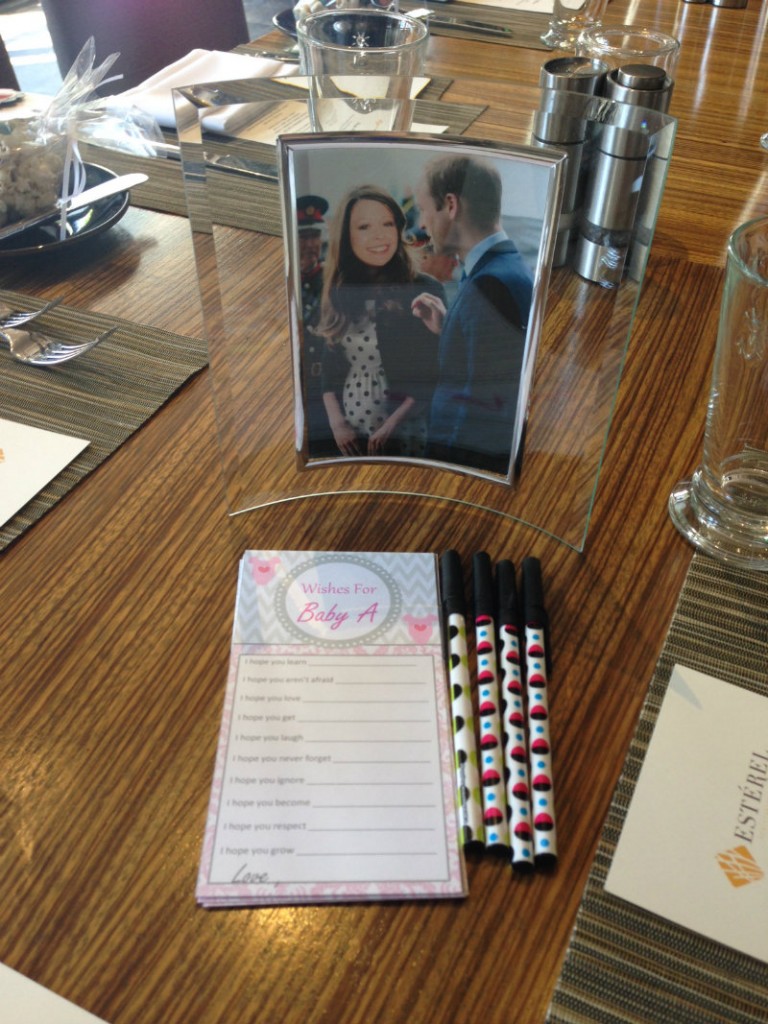 My friends wrote down their wishes for Aurelia and also crafted custom onesies for her using stencils and markers: she wore those onesies into the ground. (But sadly, like the Wishes, they are now relegated to her Aurelia Memories box, because my little baby is growing so fast, she will be in college next week. :sob:)

It was such a fun day, and like most aspects of my pregnancy and life last year, it flew by so quickly. 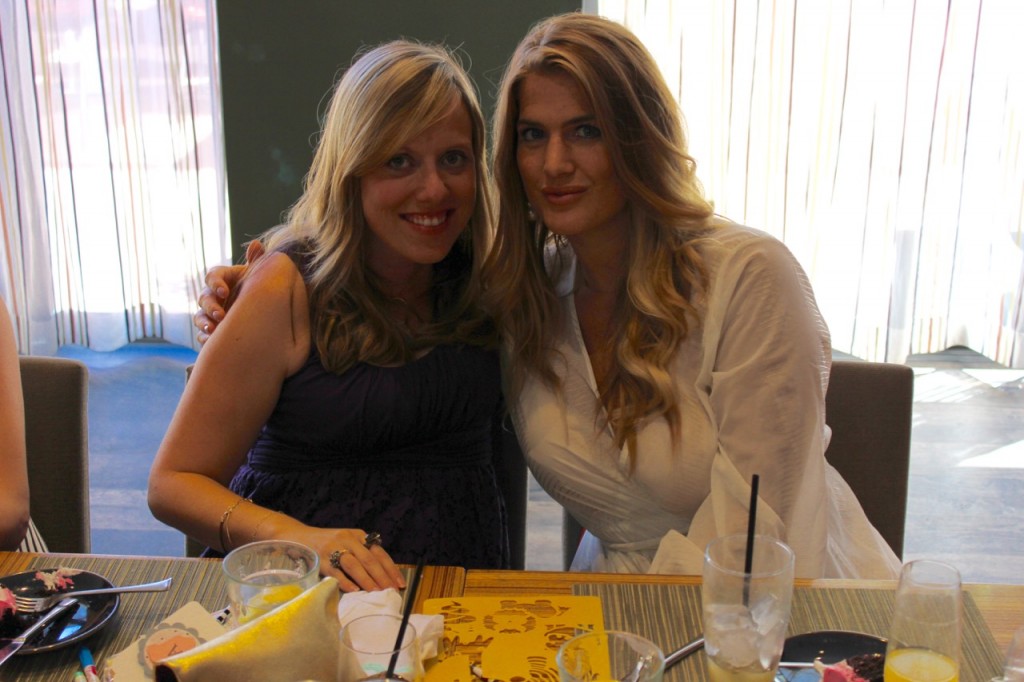 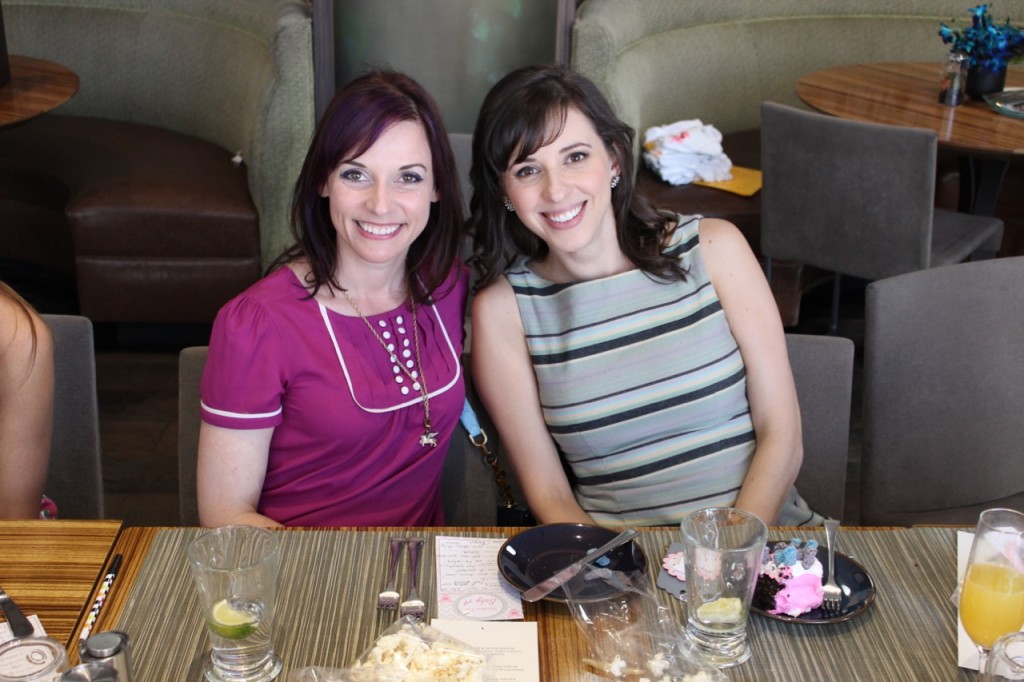 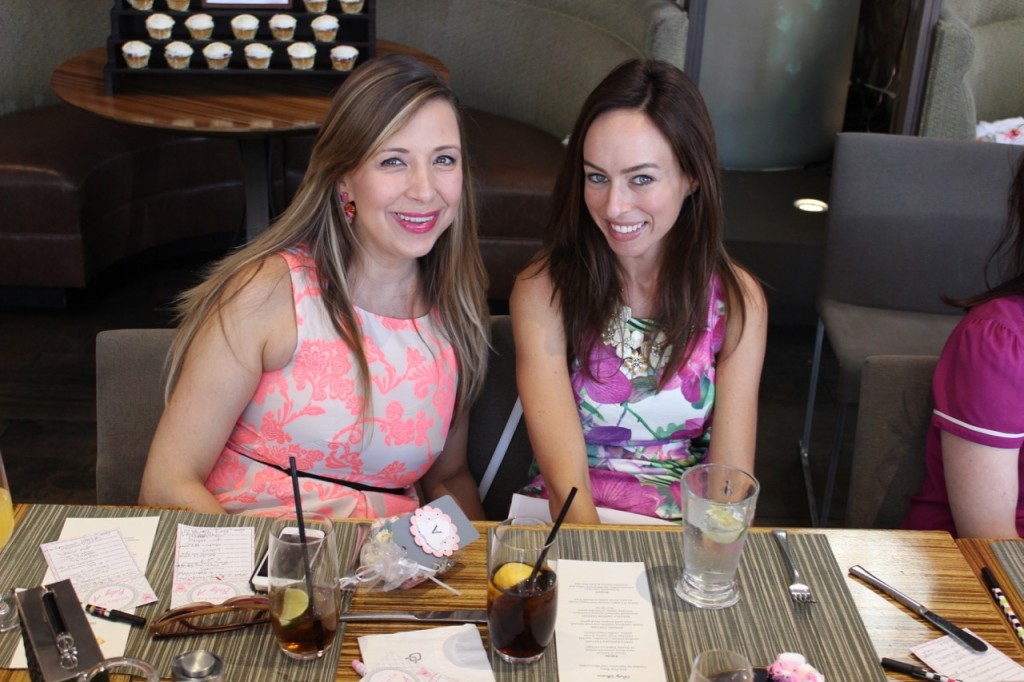 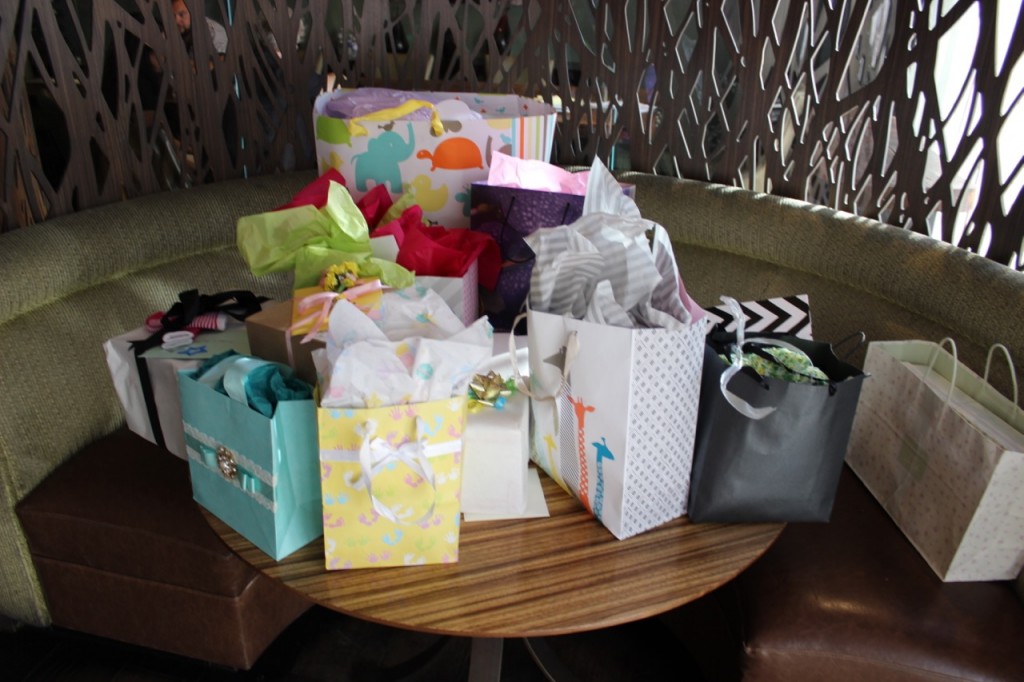 Going back through all the photos was a little surreal, for many obvious reasons. 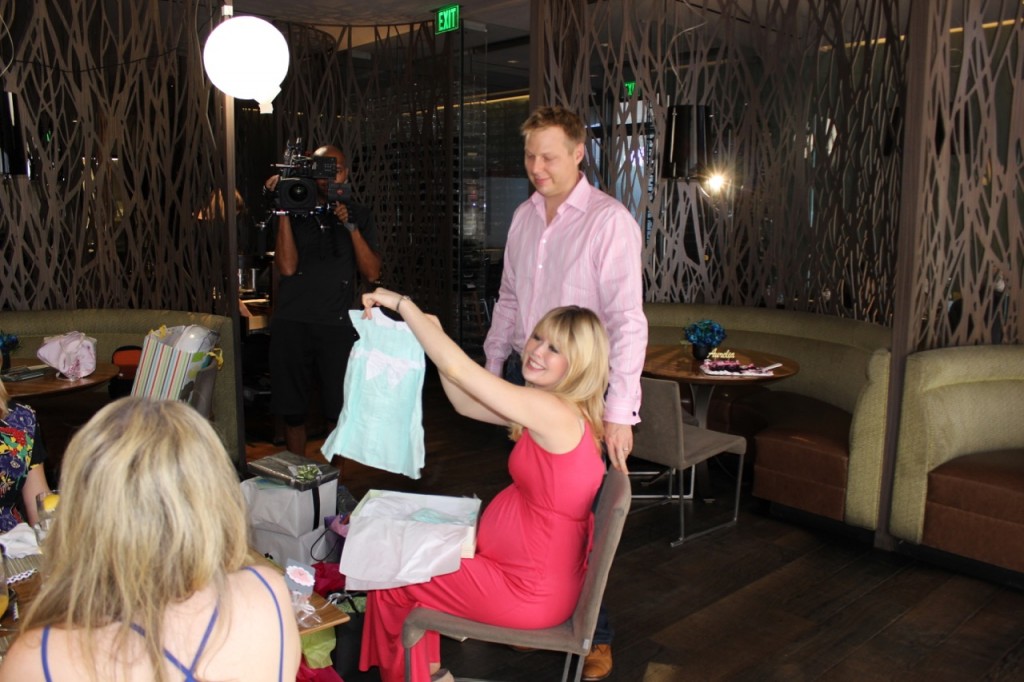 I can’t believe how fast the time has gone.

I can’t believe that Aurelia barely uses or fits into half those clothes anymore.

I can’t believe that we had a camera crew filming the whole damn thing. 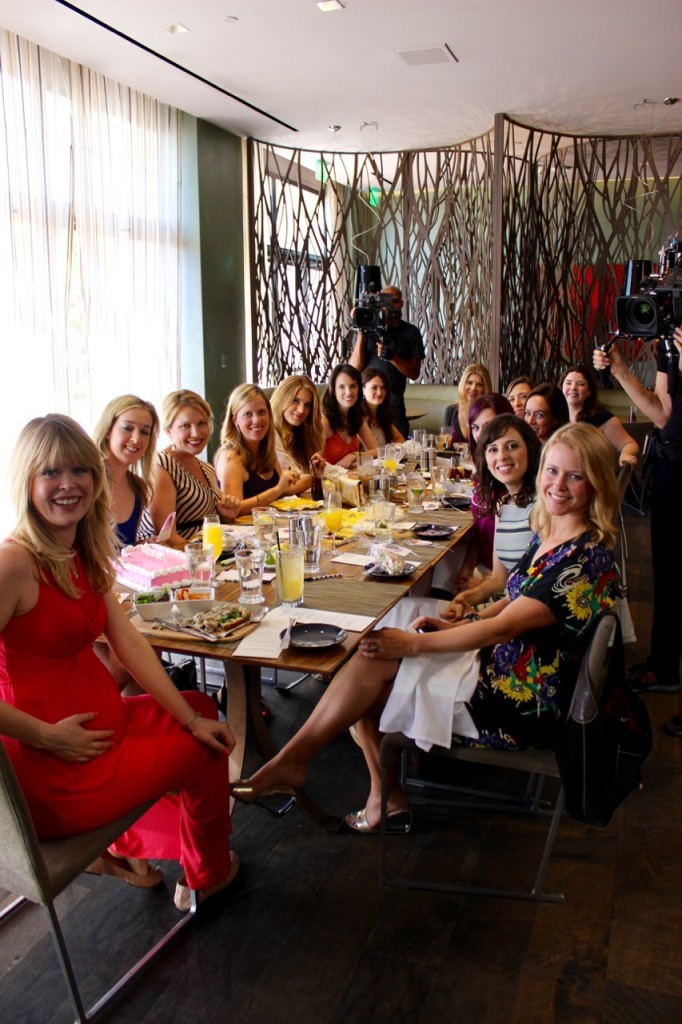 After the shower, we went next door to Riviera 31 at the Sofitel and filmed a scene that never made it on air. So much of what we filmed ended up on the chopping room floor. 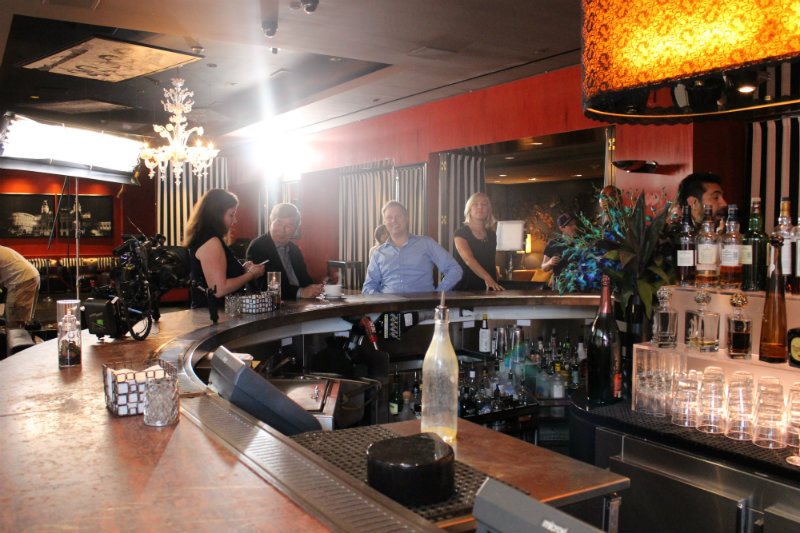 I watched several of Aurelia’s old baby videos today while going through photos, and I feel ALL the baby cliches. She is the light of my life. She changed my conception of love. She is the best thing that ever happened to us. She makes me love Erik even more, which I didn’t think was possible.

She is my heart. 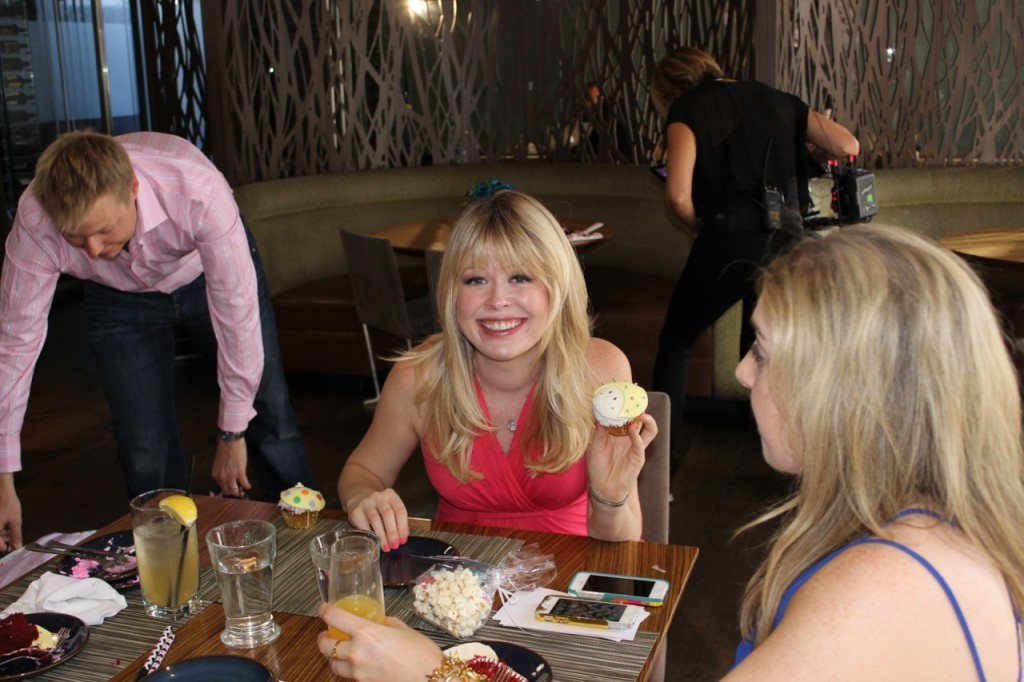 Thanks to Esterel for a great venue, and to Jamie Stone and Jamie C.P. for throwing a wonderful baby shower! (Psst: read Jamie’s post about it on Honestly Jamie, here. It genuinely made me tear up.) 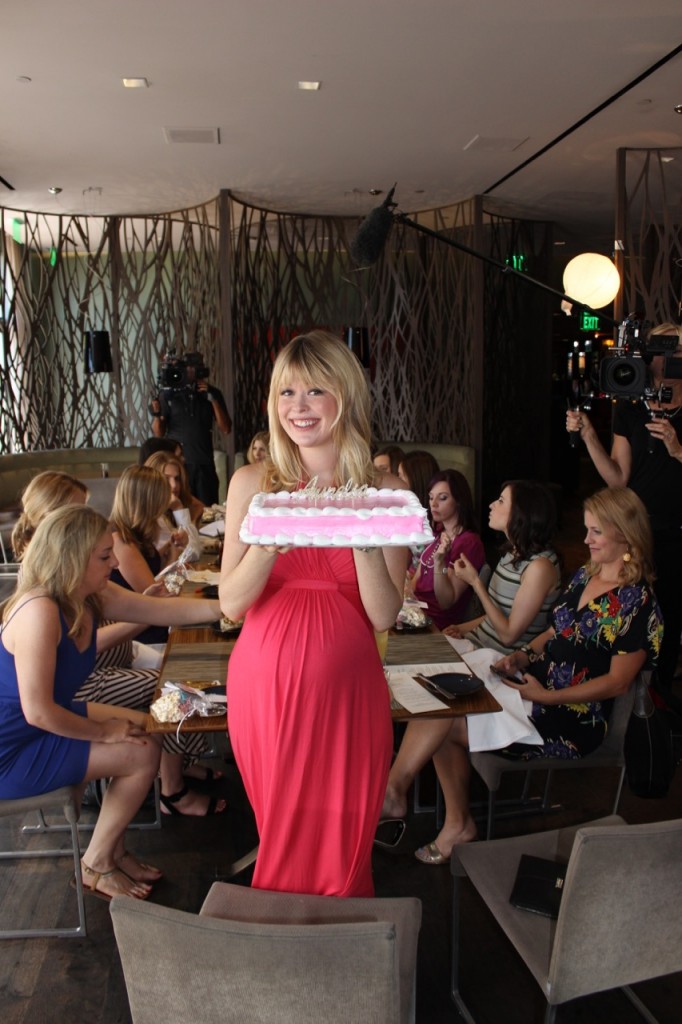 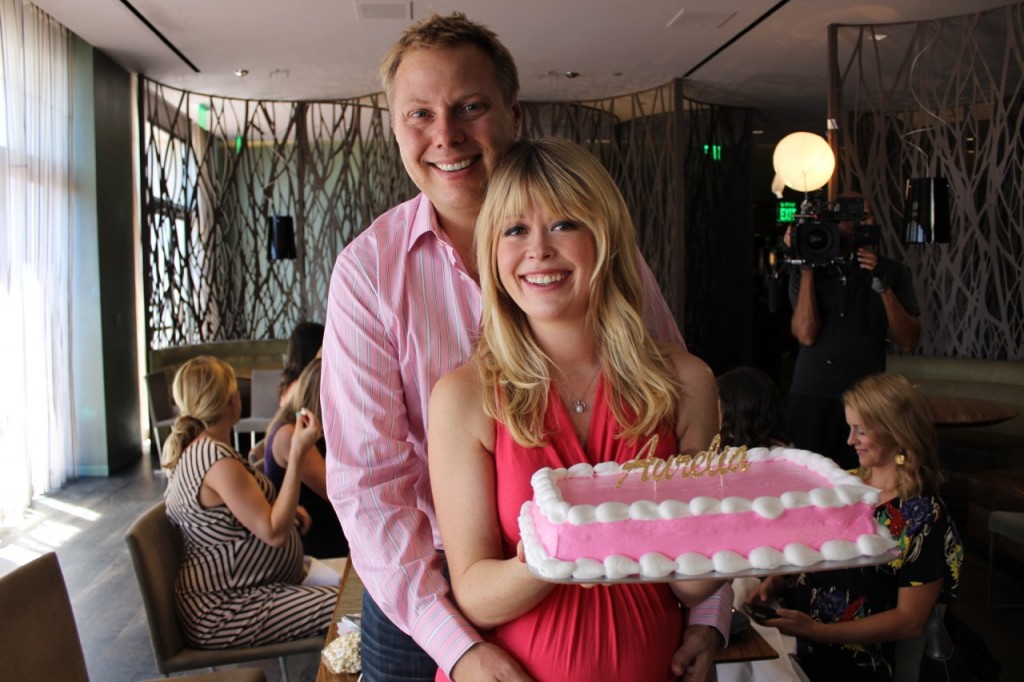