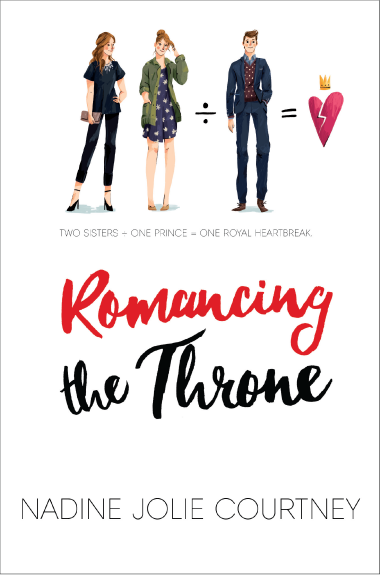 Scandal, secrets, and heartbreak abound in this juicy, modern girl-meets-prince story—perfect for fans of Stephanie Perkins and Jennifer E. Smith.

For the first time ever, the Weston sisters are at the same boarding school. After an administration scandal at Libby’s all-girls school threatens her chances at a top university, she decides to join Charlotte at posh and picturesque Sussex Park. Social-climbing Charlotte considers it her sisterly duty to bring Libby into her circle: Britain’s young elites, glamorous teens who vacation in Hong Kong and the South of France and are just as comfortable at a polo match as they are at a party.

It’s a social circle that just so happens to include handsome seventeen-year-old Prince Edward, heir to Britain’s throne.

If there are any rules of sisterhood, “Don’t fall for the same guy” should be one of them. But sometimes chemistry—even love—grows where you least expect it. In the end, there may be a price to pay for romancing the throne…and more than one path to happily ever after.

“Courtney whips up a frothy, modern fairy tale, dealing with everything from sibling rivalry to protection of privacy…a light and fluffy read with a solid life lesson.”

Captivating for fans of the Duchess of Cambridge…a compelling, delightful read for any girl with a sister, any girl who has ever been in love and anyone who has ever had to learn that they don’t need a man, money or friends to define their own self-worth.”

What Would Kate Do?

“Fun, dazzling … Romancing the Throne is a royal good time!”